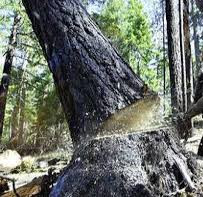 You may be wondering what is felling trees or why it is said that way instead of cutting trees down. Maybe you were talking to your friend about some trees and the work that needed to be done with them and some would need to be removed. The person giving you an estimate probably wondered if it would be alright if they could fell the trees into the neighbor’s yard since that was their only option to safely remove the trees.

What Is Felling Trees Explained 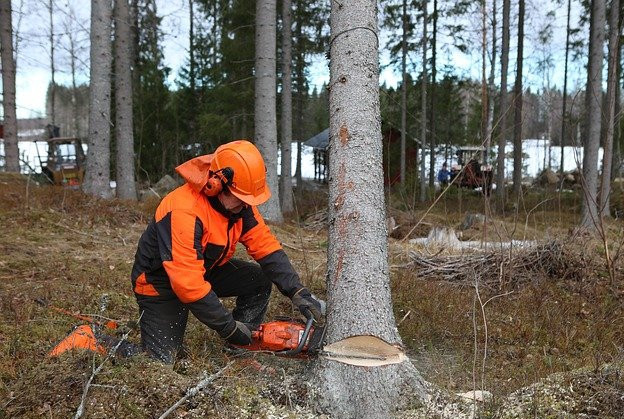 When somebody talks about felling a tree if means they cut the tree trunk from the ground and dropped the whole tree. That is usually the safest way to remove a tree and also the quickest because then equipment can come in and drag the branches to the chipper and haul away the firewood.

To begin the felling process first you need to determine the direction the tree must fall in. If its leaning the wrong way a rope or cable must be fastened to the tree and a piece of machinery will pull the rope tight while another person is cutting.

Next be sure everybody is clear from the drop area and begin cutting a notch in the bottom of the tree. It should go about 1/3 to 1/2 of the way through the trunk.

The tree will fall in the direction the notch is pointing if done correctly. After the notch is removed begin cutting on the backside slightly higher than the notch.

As the remaining wood gets less the person pulling the rope should begin to slowly pull forward until the tree goes over center, then CRASH!! the tree is down!

Then the cleanup begins! It is safer and easier with all the heavy wood on the ground! Usually we first chip the branches with a wood chipper then haul out the firewood. 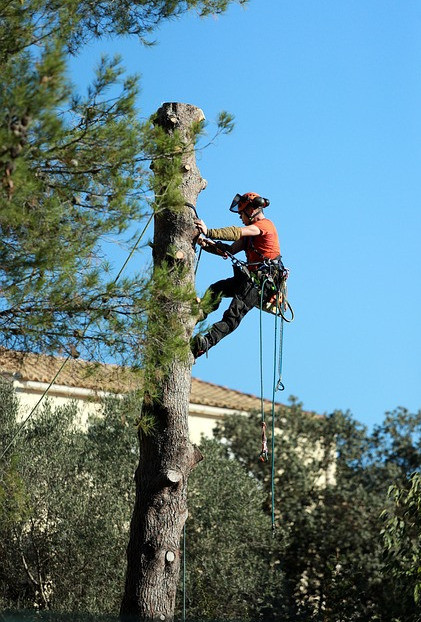 If somebody says they are having their tree cut down that doesn’t help you much in explaining how it would be done.

They could be climbing it with a rope and saddle and lowering one limb at a time, a slow process for sure! Especially if there is a flowerbed or swimming pool or deck beneath. Even a small shed in the way can really slow things down!

Or somebody else could be coming in with a bucket truck and cut large sections of the tree until it is done without ever putting a cut in the bottom to ‘fell it’ as one would say!

What Do I Call It?

I will admit I usually say we cut trees down even when we are felling them. By saying, cutting trees down, it generally covers everything but is not very specific, which is fine for most people. I guess its just a habit and I suspect many others say the same thing. It doesn’t matter to me how you say it, but what is felling trees is a question that needed an answer so I hope you are satisfied!

Work safe as you tackle your own tree work!